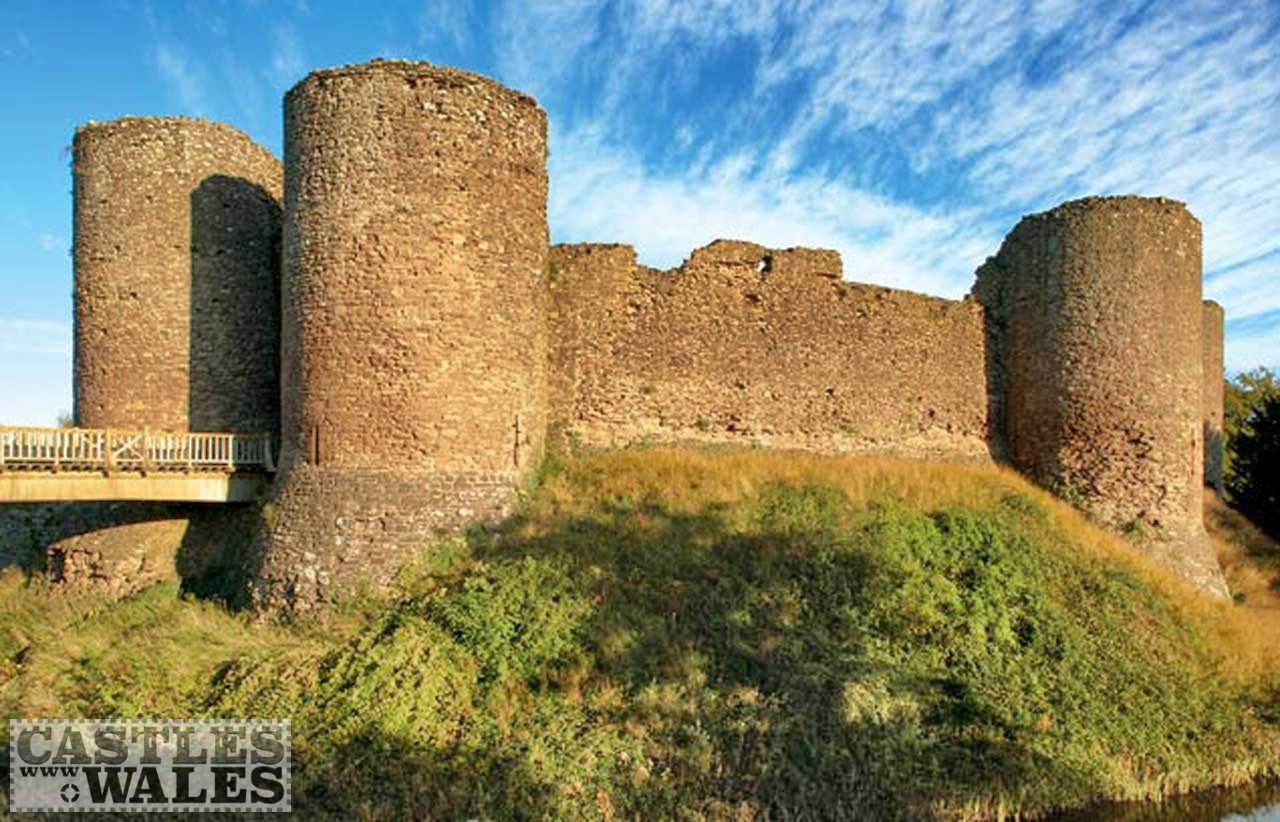 Powerful round towers guard the heart of the castle

White Castle, also known historically as Llantilio Castle, is the best preserved of the Three Castles, namely, White, Skenfrith and Grosmont. The heart of this castle is surrounded by powerful round towers. The Three Castles are usually grouped together because for a large part of their history they were part of a block of territory under the control of a single lord, Hubert de Burgh.

Hubert had gleaned a great deal about military architecture from his time fighting in France. He rebuilt Skenfrith and Grosmont in stone, adding domestic apartments to both castles, so that they could be used as lordly residences. However, this doesn’t seem to have been the case with White. Rather than a nobleman’s residence, it seems to have been built for military work. A workhorse of a castle, you might say. The internal buildings did, however, include a chapel, hall and kitchen, but were more befitting a garrison commander than a great lord.

After Hubert de Burgh, the Three Castles were held in royal hands, and in 1254 Henry III granted them to his eldest son, the future Edward I. The rest is, as they say, history!