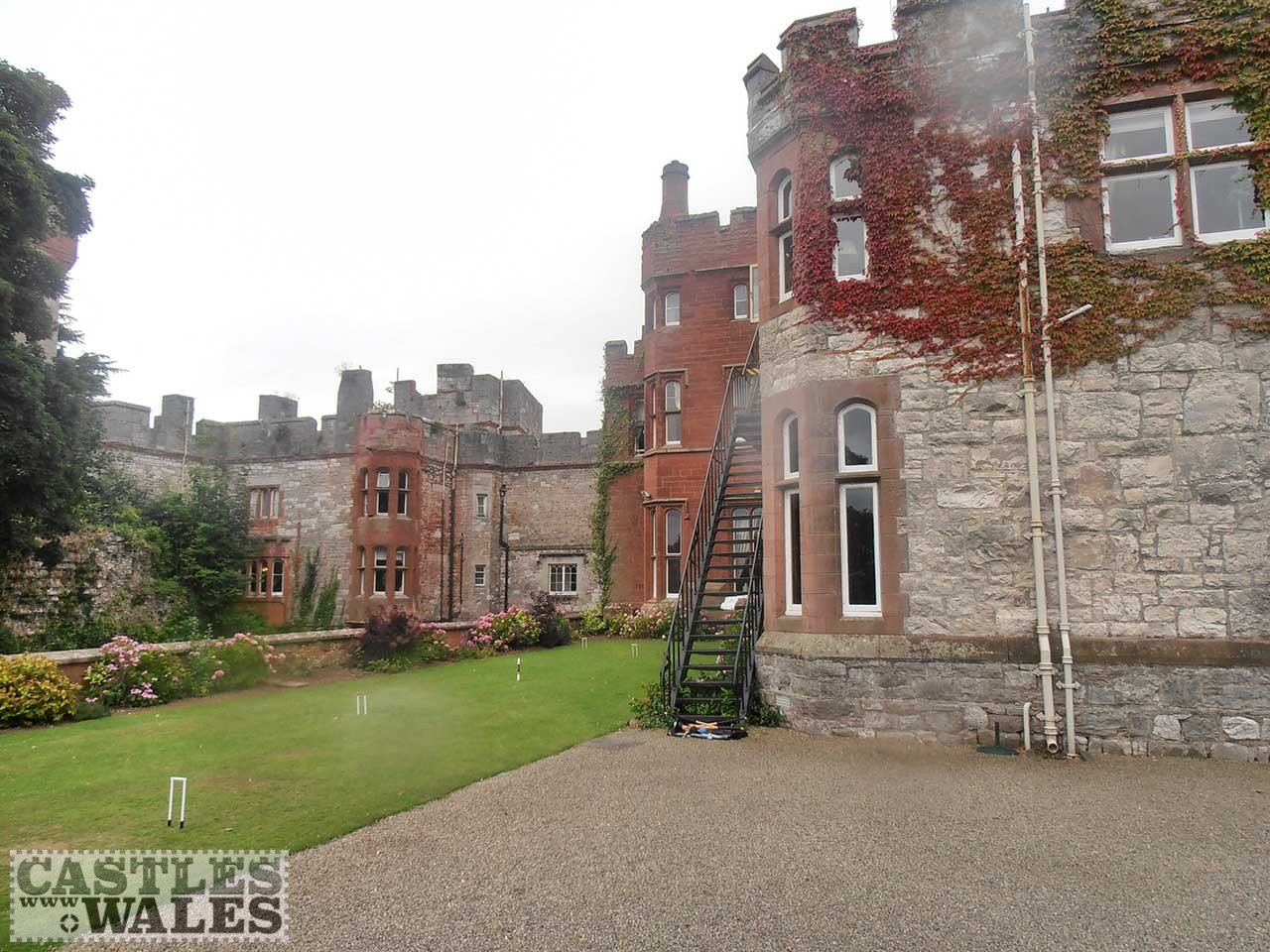 Ruthin Castle (Welsh: Castell Rhuthun) is a medieval castle fortification, near the town of Ruthin (in the Vale of Clwyd). It was constructed during the late 13th century by Dafydd ap Gruffydd, the brother of Prince Llywelyn ap Gruffudd. Part of the ancient walls still remain and now form part of the Ruthin Castle Hotel.

The Castle sits on a site first used as an Iron Age fort. The castle was originally named “Castell Coch yn yr Gwernfor” (Welsh Red Castle in the Great Marsh).

In 1277, Edward I of England granted the land to Dafydd ap Gruffydd as thanks for his help during the invasion of North Wales. It is not know of there was already a fort on the site or whether Dafydd built the castle.

The castle was known as the home of the “Barons Grey de Ruthyn”, a branch of the noble de Grey family. It was home to Reginald Grey (3rd Baron),  the man who reputedly triggered the Welsh rebellion headed by Owain Glyndŵr.

At the beginning of the English Civil War the castle was in disrepair, so work started to make it more capable of repelling attacks. In 1646 it withstood a siege by parliamentary troops which lasted eleven weeks, until it finally surrendered after threats that mines would be layed under the walls.

Oliver Cromwell’s forces later de-fortified and demolished the castle, to prevent it being of any military use in the future.