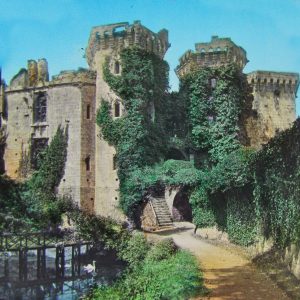 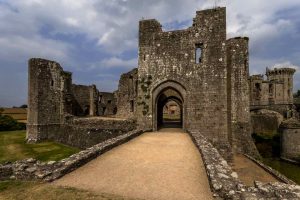 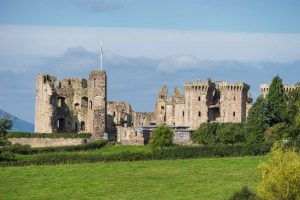 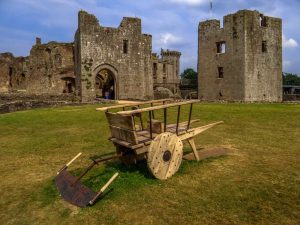 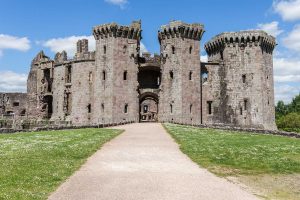 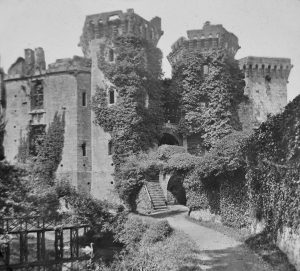 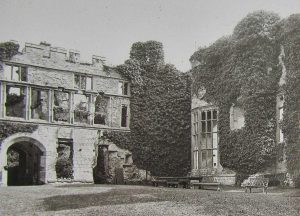 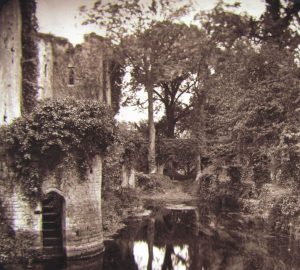 A stunning statement of wealth and power

Everything’s great about this place, from its great tower, which evokes memories of earlier fortresses like Caernarfon, to the great gatehouse, which ‘wows’ the visitor just as its owner intended. If, as they say, an Englishman’s home is his castle, then William Herbert’s Raglan is the Welshman’s equivalent.

Built for show rather than with battle in mind, it still held off parliamentarian forces for thirteen weeks in one of the last sieges of the Civil War. The castle was eventually taken and was systematically destroyed by parliament. Enough remains to still impress.

Raglan was begun in the 1430s, rather late in the day for castle building. Unfashionably late by some 150 years! Despite this, mod cons such as massive mullioned windows brought the design bang up-to-date, bathing rooms in luxurious light. The oriel window, a bay to end all bay windows, is one of Raglan’s defining features.

It lit up the high table at the dais end of the hall. Raglan also boasted a long gallery, the very height of fashionable living in the Tudor period.

Intricately carved wooden panels were de rigueur and Raglan’s very own lost (and found!) Tudor panel is on show in our visitor centre.

The Buttery which is located behind the Great Hall has reopened to the public. Come and see where an episode of BBC’s Merlin was filmed.

Embrace your inner inventor as you experience new installations, exhibitions and creations at the grandest castle ever built by a Welshman.