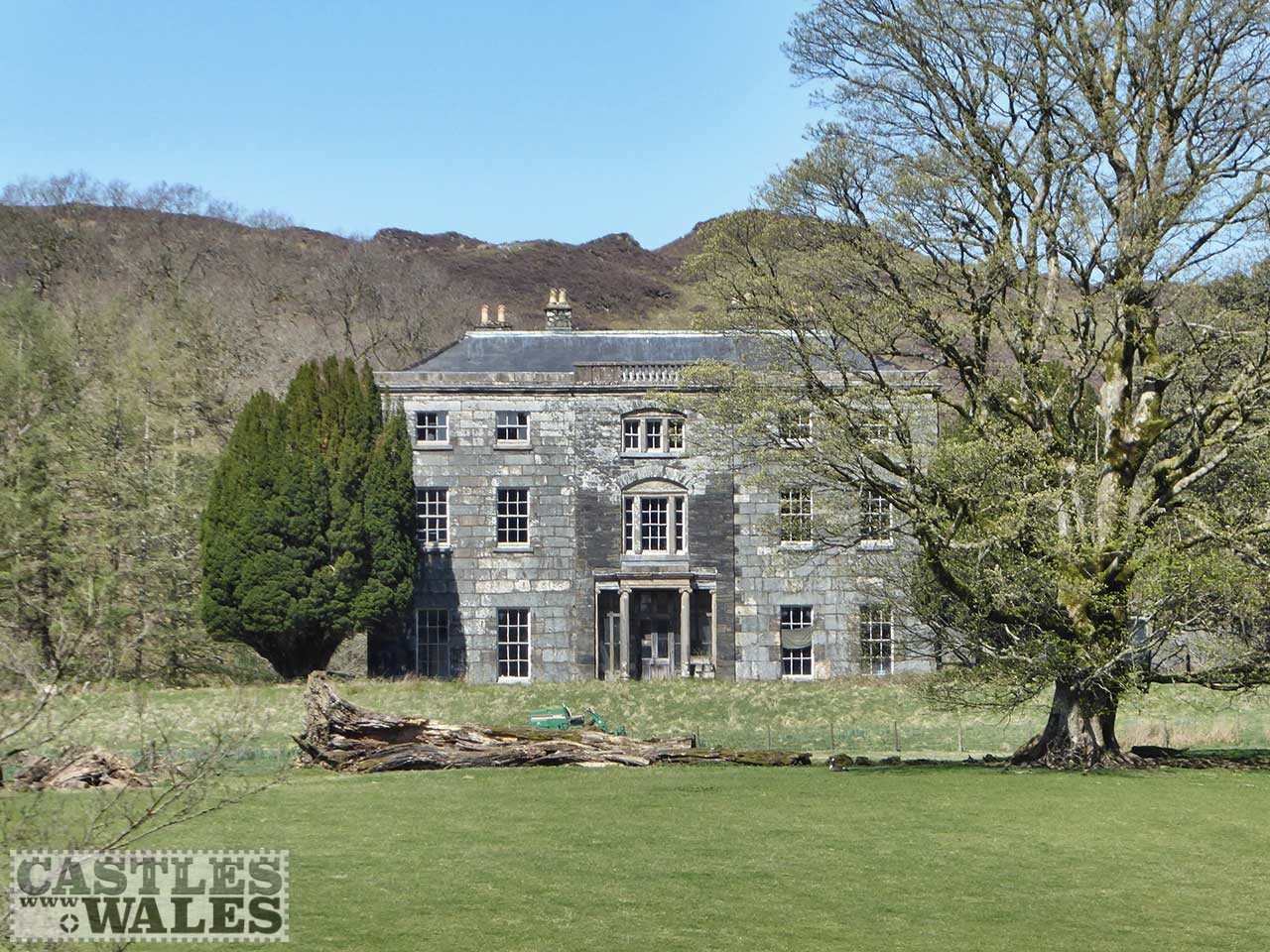 Nannau is located three miles north of the town of Dolgellau in Wales and has been home to two of the most powerful and influential families in the county for hundreds of years, the Nanneys and the Vaughans.

“Enraged at this treachery, he seized on Sele, burnt his house, and hurried him away from the place; nor could anyone learn how he was disposed of, till forty years after, when a skeleton of a large man, such as Howel, was discovered in the hollow of a great oak…”

Panorama Of The Beauties, Curiosities and Antiquities of North Wales

About two miles from Dolgellau, is an ancient seat, formerly belonging to the Nannau’s, but now the property and residence of Sir Robert Williames Vaughan, late M.P. for the county, who has erected upon it a handsome mansion, and maintains, unimpaired, the hospitality of the olden times. The way to it from Dolgellau, is a continued ascent, and Mr. Pennant observes, is the highest situation of any gentleman’s house in Britain. It stands 702 feet above the level of the sea, and from the furthest of the numerous lodges, has the longest approach (five miles) of any other house. The estate is covered with fine woods, which clothe all the sides of the dingles for many miles. The park of Nannau is remarkable for its very small but excellent venison.

Excerpt from the Book “Panorama Of The Beauties, Curiosities and Antiquities of North Wales”, by J. Hemingway. Published in 1889.

The house is NOT open to the Public