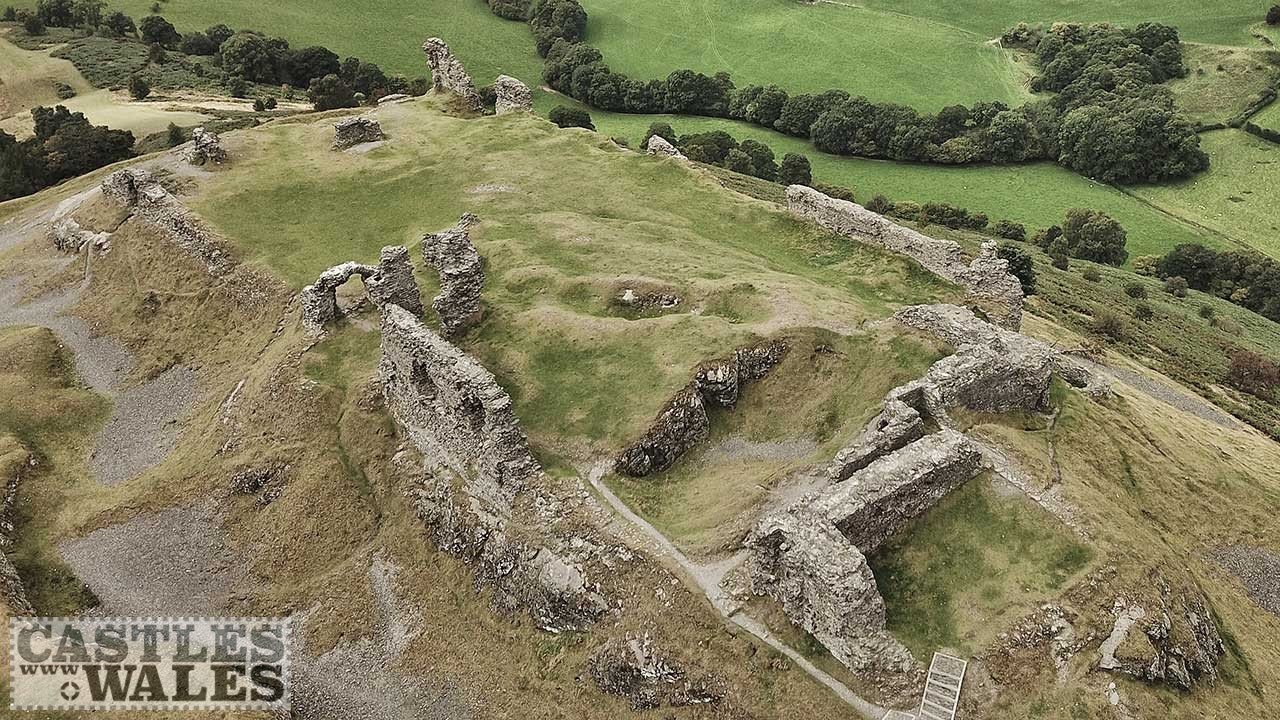 Castell Dinas Brân is a medieval castle that sits on hill site above Llangollen in Denbighshire, home of the International Eisteddfod. The ‘current’ castle was probably built in the 1260s by Gruffydd Maelor II, a Prince of Powys Fadog. It stands on the site of earlier structures, including an Iron Age hillfort. The name roughly translates as either “The Crow’s Fortress” or “Brâns Fortress”, as Brân as the name of an individual (or of a nearby stream).

The first building placed at Dinas Brân was not the castle which now stands in ruins on top of the hill, but an Iron Age hillfort built around 600 BC. An earthen rampart was constructed probably topped by a wooden palisade and this was further protected by a deep ditch on the shallower southern slope. The walls of the hillfort encircled a village of roundhouses. Dinas Brân is one of many hillforts in this part of Wales; Moel y Gaer is just a couple of miles to the north-west near the Horseshoe Pass, and another is close by at Y Gardden in Ruabon to the east. There are many others on the Clwydian Hills further to the north and in the Marches to the south.

The ruins are open at all times.