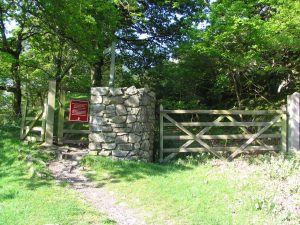 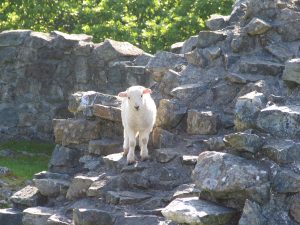 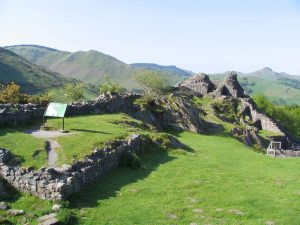 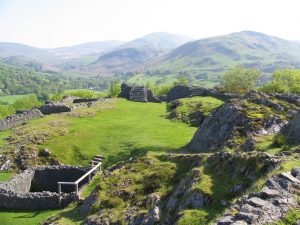 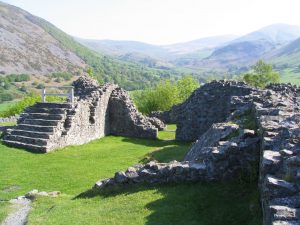 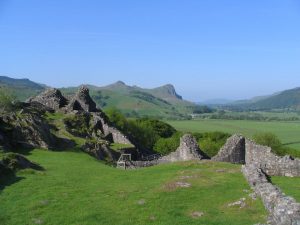 Castell y Bere was a remote outpost on Llywelyn’s southern frontier, but it was vital to his security. It guarded his cattle range, protected the homeland of Gwynedd and dominated the neighbouring lordship of Meirionydd.

Llywelyn ab Iorwerth was Prince; but cattle were king! In medieval Wales cattle were as good as currency. This location was so important that Llywelyn was prepared to take it from his own son Gruffudd in 1221, so that he could begin building a castle.

After Llywelyn died his successors continued to use it. It was taken by English king Edward I, in 1283. He made alterations to the castle and hoped an English frontier town would grow here. It never happened. The English abandoned the site during an uprising against their rule in 1294.

Today Castell y Bere is as wild and remote as it was when Llywelyn first arrived. It stretches along the summit of a rocky outcrop on the eastern side of the Dysynni valley. The picturesque and remote location makes it difficult to appreciate that this sprawling stronghold once controlled an important routeway running up from the coast at Tywyn northwards through the mountains towards Dolgellau and protected the southern border of Gwynedd. Distinctive features at Castell y Bere include the characteristic Welsh apsidal – or elongated D-shaped plan of the south tower. In scale, it may be compared to examples of similar design at Welsh castles of Ewloe and Carndochan, where they served as keeps.

Another distinctively unusual feature for a Welsh castle of the 1220s is to be found in the highly elaborate defended entrance with its ditches and two gate-towers, each with its own drawbridge and probably portcullis. Such a sophisticated entrance cannot be matched in any other Welsh castle. Indeed, even by the standards of English fortification, it would have been technologically advanced for the early 1220s.

There is a long walk across rough and sloping terrain from parking to monument (Approx. 500 metres).
Parking for 4 cars available. No dedicated disabled spaces.