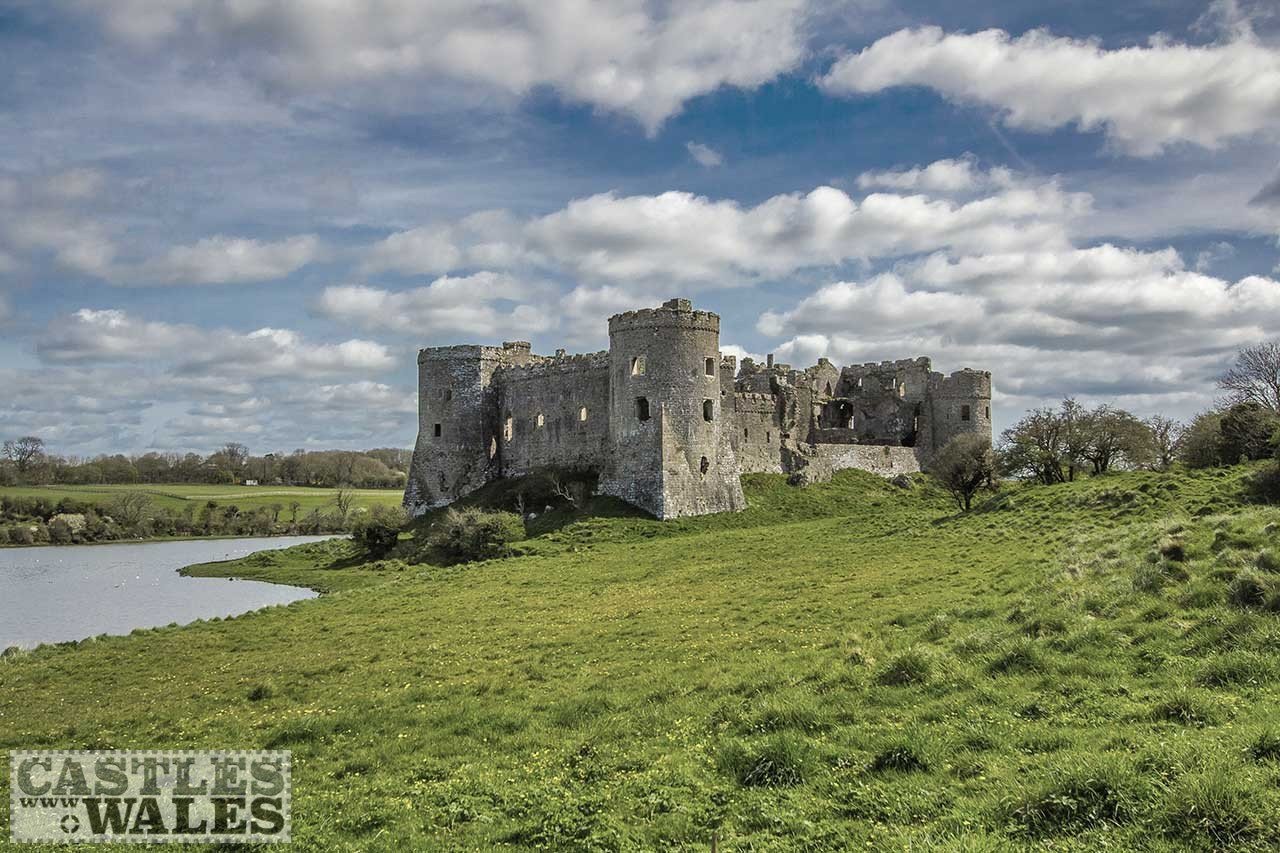 Carew Castle (Welsh: Castell Caeriw) is a castle in the civil parish of Carew in the Welsh county of Pembrokeshire. The famous Carew family take their name from the place, and still own the castle, although it is leased to the Pembrokeshire Coast National Park, which administers the site.

The present castle, which replaced an earlier stone keep, is constructed almost entirely from the local Carboniferous limestone, except for some of the Tudor architectural features such as window frames, which are made from imported Cotswold stone. Although originally a Norman stronghold the castle maintains a mixture of architectural styles as modifications were made to the structure over successive centuries.

Entry to the inner ward is across a dry moat that had a barbican and gatehouse. The front of the castle had three D-shaped towers and crenelated walls. The rear of the castle has two large round towers. In the 16th century the northern defensive wall was converted into a Tudor range with ornate windows and long gallery.

The outer ward has earthworks that were built by Royalist defenders during the English Civil War in the 1640s.

These are the peak summer opening times.
Other times may vary. For full details please visit the website.
Last admission 30 minutes before closing.