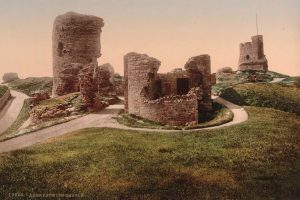 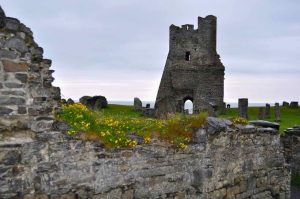 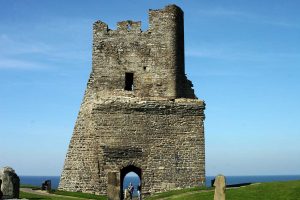 Aberystwyth Castle (Welsh: Castell Aberystwyth) is a Grade I listed Edwardian fortress located in Aberystwyth, Ceredigion, Mid Wales. It was built in response to the First Welsh War in the late 13th century, replacing an earlier fortress located a mile to the south. During a national uprising by Owain Glyndŵr, the Welsh captured the castle in 1404, but it was recaptured by the English four years later. In 1637 it became a Royal mint by Charles I, and produced silver shillings. The castle was slighted by Oliver Cromwell in 1649.

The castle is controlled by Aberystwyth Town Council.

Open All The Time. Free Entry